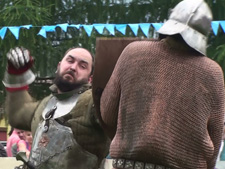 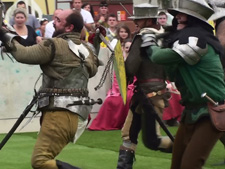 It is an exhibition of contemporary military background from 15th-16th century, taking place in Europe. There are fencing fights, archers, scenic performances, contemporary crafts. It is suitable as afternoon or evening program for your teambuilding.

Contemporary camp on military expedition – everything in one – cuisine, fencing, spa, armoury, dynamic performances ..........
Price for the whole day: 1000€

In additional program by group Cech Terra de Selinan you can see:

Group performing historical fencing Terra de selinnan was formed in 1990. In 1995 they started presenting their art to the general public. They focus on gothic period.

At the end of 2002 there were made some changes in the group, then the name was changed and number of members has stabilized for ten. The name Terra de selinnan expresses its orientation and area of activity. Originally the name was created according to the oldest written report about the land of Žilina from 13th century which we can find in the document of Tomas from Nitra, probably from year 1208. It is written in Latin and land of Žilina has been named as Terra de Selinan there. Their performances are not just about fencing but also about production of weapons and armor. In their name you can finad also a word “guild”, which means group oriented on different areas from medieval life.

Fencing art you could see at many events in Slovakia and Czech Republic, for example at Old town festival in Žilina, Conquest of the castle Beckov, Sklabinské castle games, Bojnice Chateau, Castle games in Trenčín, Wothanburg, International fencing festival in Kroměříž, Orava Chateau, Town festival in Brezno, Festival of historical fencing and contemporary culture in Liptov etc. We have been also co-organizing event Lietavské castle festival.

The main mission of the group is to support awareness about history and to show medieval way of life to its members and generally to public. They try to show different ways of fights, crafts, dances and cultures both in theoretical and practical forms. 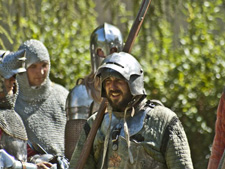 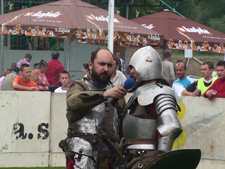 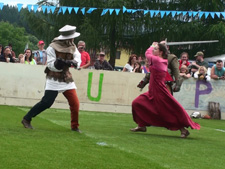 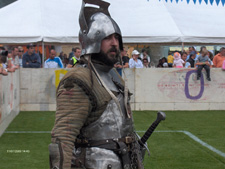 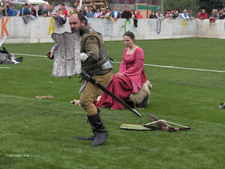 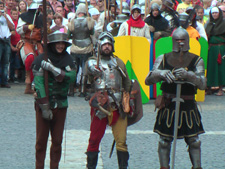